Religions who claim univerality also gain acceptance in cultures, where they do not orginate, in the process of spreading and unwantingly they undergo a process of acculturation (an interaction between different cultures) with other cultures. The Islamic religion is also of universal character and spread into a vast region, which was outside of the birthplace of Islam. As a result it continued in form of a sort of "folk religon", which coexisted beside the interpretation in the original habitat after beeing infiuenced by the culture, which embraced the (new) religion. In the course of adapting this "new" relgion it also reinterpreted its main princliples according to its own beliefs and practices. We also see the Alevis, who live under the cloak of Islam, possesing its own interpreation of Islam. An interpretation nourished by Sufism, which gave them a certain freedom, and enriched with their own ancient traditions. The Alevis continued to exist unless they were able not to contradict with the main principles of the traditional interpretation of Islam. The Alevis reached our time, surviving somehow, even if they were forced to hide their identity from time to time, or even if the officals ignored their existence. This shows that their function is still working, while their institutions never had a legal framework and were never adjusted to modern life. In times of fast changes in our society, due to the information revolution, the Alevis and Bektashis will be able to live freely, peacefuly and healthy under the cloak of Islam, unless they seize this opportunity, even if their interpretation of Islam decorated with their ancient beliefs and practices differs from the traditional, official Islam. 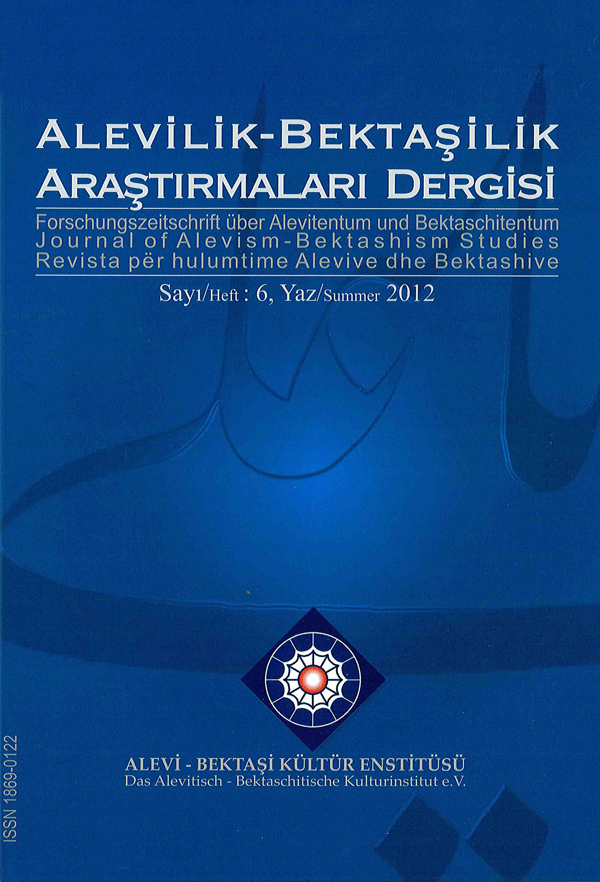